Canada’s largest real estate markets, such as Toronto and Vancouver, have seen cooling prices in recent months. Even with the market slowing down, mortgage and HELOC payments are soaring. The Canada Mortgage and Housing Corporation (CMHC) reported a big increase in average payments. The average payment on mortgages and home equity lines of credit have increased at over two times the rate of inflation.

The largest real estate markets in the country have seen increased mortgage payments. Toronto and Vancouver mortgage payments have risen over 5 percent. Households in Toronto were paying an average of $1,710 in Q3 of 2018, which is up 5.95 percent from the year before.

In Vancouver, the most expensive market climbed up to an average payment of $1,734, a 6.34 percent increase from the year before. Even Montreal average mortgage payments have increased 3.44 percent from last year. 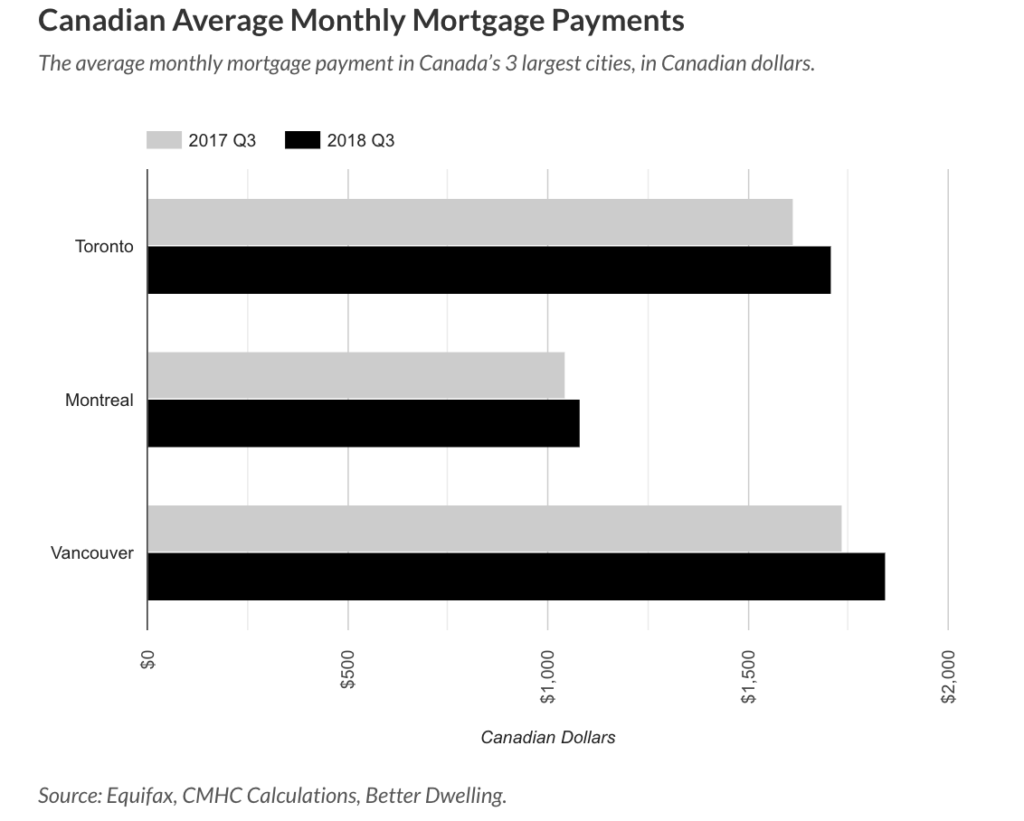 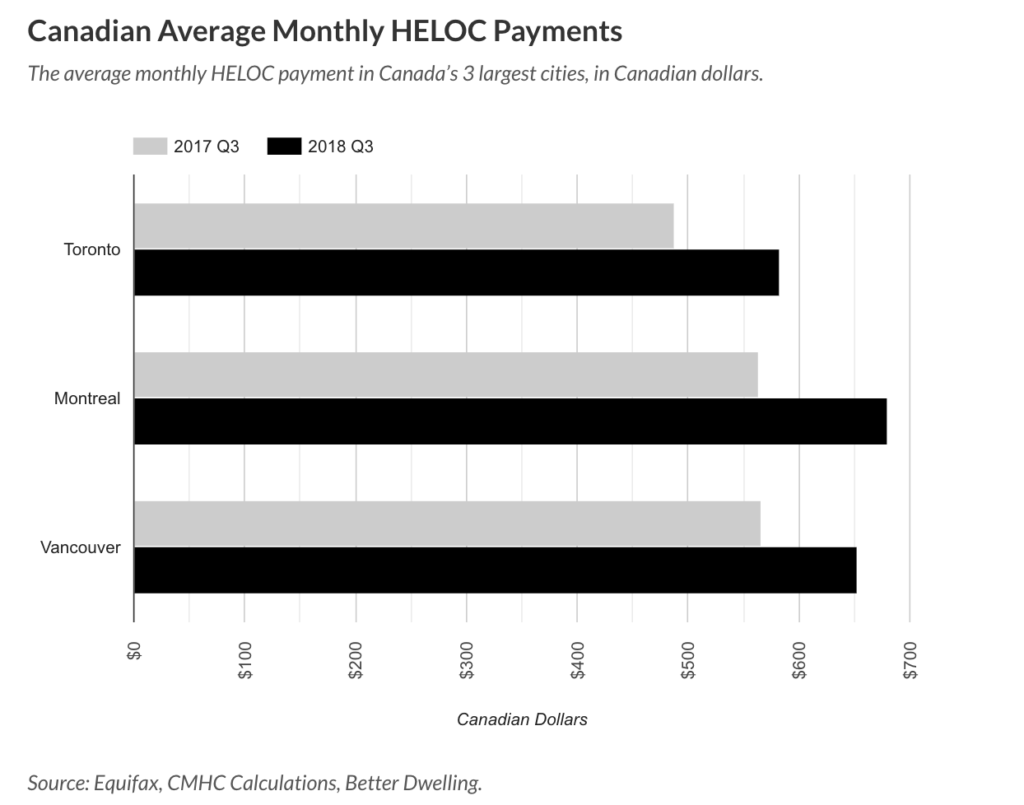 Many real estate investors have been concerned about the lowered average home prices and decreased sales, but this data shows that average homeowners are paying the same amount as before. The real estate slump can be attributed to a number of different factors such as typical seasonal slowdown, stricter mortgage rules, and the eventual cooling of hot city markets. 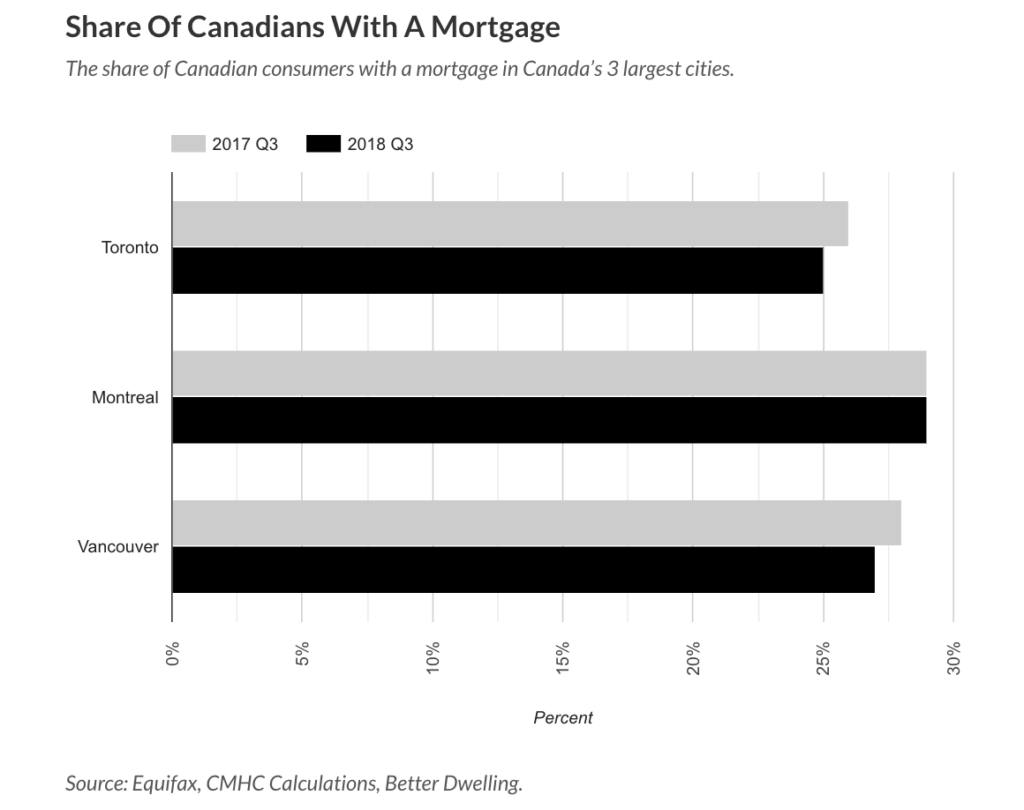