Canada remains a popular choice for Chinese investors due to a few reasons, including the country’s low cost of living. Juwai CEO, Carrie Law states, “One reason Chinese investors seek out property in Canada is because of our cost of living…Greater China has three cities in the top 10 most expensive list, with Hong Kong in first, Shanghai seventh, and Beijing 10th. No Canadian city appears on the list until Vancouver, which is 142nd.” Home prices in the Greater Toronto Area are $768,000 and $1,087,000 in Vancouver on average.

The most popular cities for Chinese investors are Toronto, Vancouver, Montreal, Calgary, and Ottawa. The fact that these are five of the largest cities in the country makes them ideal locations for real estate investment. Toronto and Vancouver are also two of the fastest growing cities in North America. Toronto has a population growth of 4.46 per cent and Vancouver grew by 4.4 per cent between 2011-2016. Clean air, similar climates, and a large established Chinese community are also reasons why Vancouver and Toronto are popular among investors. 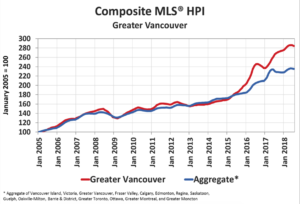 While investment and own-use remain top reasons for purchasing, according to Juwai many Chinese investors are purchasing property for educational purposes. 17.4 per cent of Juwai users report acquiring properties for the use of students enrolled in Canadian higher institutions.

Chinese interest Canadian real estate remains high. Even with recent limitations such as a depreciating Chinese currency and the foreign buyer tax, Chinese investors are still a driving force in Vancouver and Toronto real estate markets.