The Bank of Canada made their decision regarding interest rates on Wednesday, December 18th. They ultimately decided to leave the rate unchanged as they stated that future hikes would depend on a number of factors. 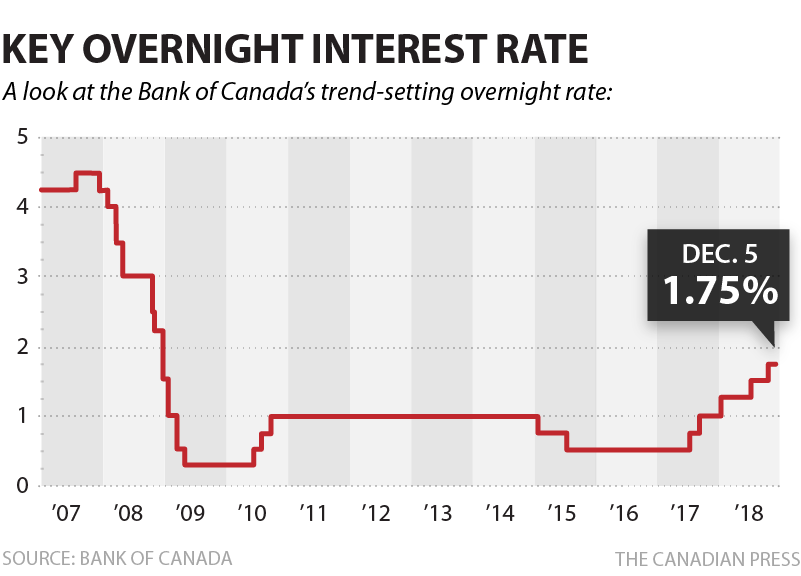 Raising interest rates is meant to prevent inflation from climbing too high. For the past 12-months, Canada’s economy has strengthened but recent economic changes have begun to slow it. Experts have predicted that the Bank of Canada will likely wait until at least January 2019 before increasing them again.

The timing of the next hike will depend on a number of changes currently happening in global trade policies. The Bank is also looking at how past higher interest rates increases affect consumption and housing.

The Bank underlined a few recent economic developments that they are taking into account. In their statement, the Bank of Canada said, “The persistence of the oil- price shock, the evolution of business investment and the bank’s assessment of the economy’s capacity will also factor importantly into our decisions about the future stance of monetary policy.”

Oil prices, in particular, are of concern. The price of western Canadian oil has fallen due to transportation constraints, which have led to production cuts. America has also expanded production of their shale oil. The Bank said, “Activity in Canada’s energy sector will likely be materially weaker than expected”. 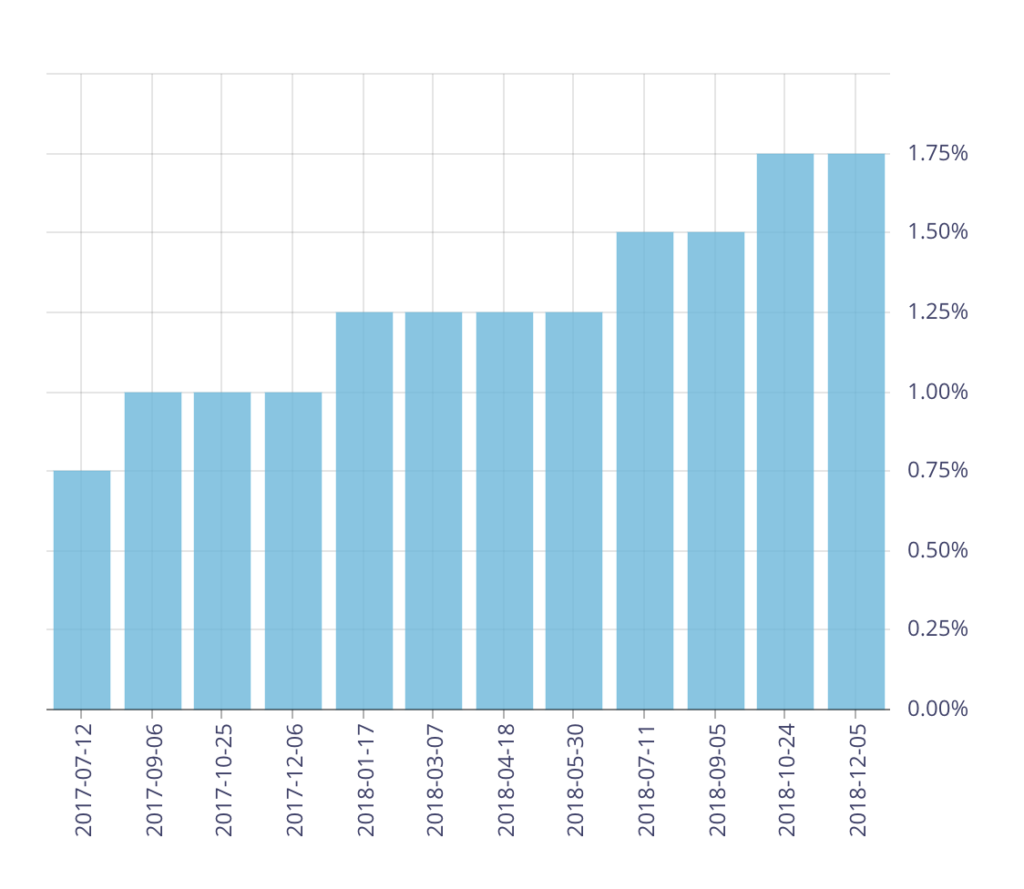 Overall, data shows that Canada’s economy has less momentum as it heads into the final quarter of 2018. There has been a drop in business investment, largely due to uncertainty in trade in the summer. However, with the recently signed Canada-US- Mexico trade agreement, those uncertainties should fade.

Even with it slowing slightly, Canada’s economy is still strong and will very likely continue to remain that way as we enter 2019.